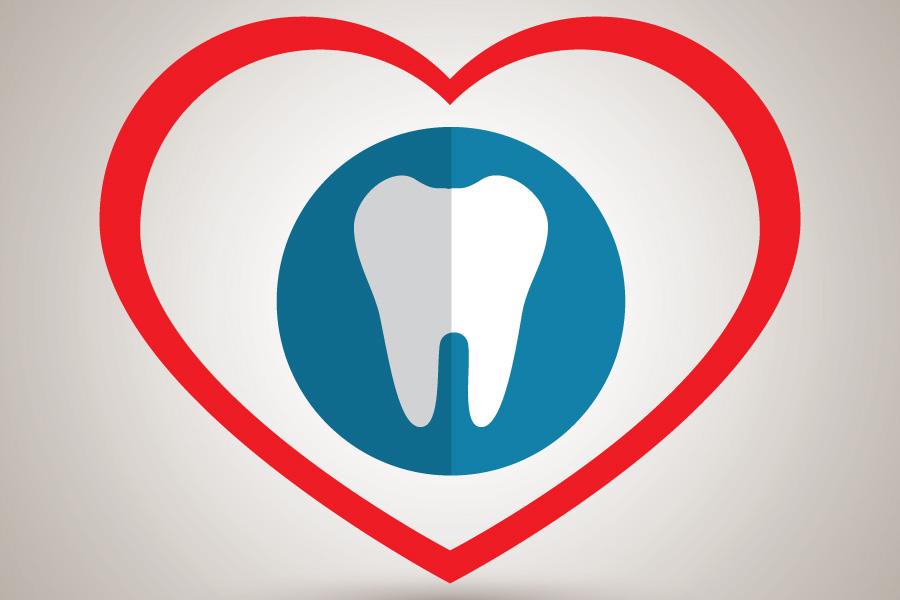 February is American Heart Month, and that means there’s no better time to discuss the importance of oral health and its effect on heart health.

It sounds hard to believe, but heart attacks and strokes are caused by poor blood flow due to hardened arteries—a condition called atherosclerosis. And that condition is linked to inflammation and bacteria.

When oral hygiene is neglected, the mouth can become a breeding ground for dangerous bacteria, and over time, high amounts of bacteria result in larger levels of inflammation. When the gums are damaged due to conditions like periodontal disease, the bacteria inside the mouth can enter the bloodstream and travel to other parts of the body, including the blood vessels and arteries in and around the heart.

Periodontal Disease-Related Bacteria and Choices Are Linked to Strokes

People with periodontal disease often have elevated levels of a bacteria called Streptococcus sanguis inside their mouths. That bacteria can also spread to the heart, and it’s known to play a role in causing strokes. In fact, doctors know that people who don’t have any signs of gum disease have significantly less of that dangerous bacteria inside their hearts.

Other facts that may link periodontal disease to heart disease include:

High levels of gum disease bacteria thickening arteries – The more bacteria a person has inside their bodies, the thicker their arteries are. And when their arteries reach a certain thickness, it can cut off blood flow to the heart and brain, causing heart attacks and strokes. Some doctors believe that reducing the number of long-term bacteria inside the body can reduce those risks.

The American Association of Periodontology recommends that patients who have the following symptoms be on the lookout for signs of early heart disease:

Being proactive about your oral health and getting regular dental checkups can help you avoid periodontal disease and its associated serious health complications.

At 101st Adult Dentistry, we want to help our patients get the smiles they dream of while making sure their mouths are healthy as possible. Let our team of dental experts protect you from periodontal disease by making an appointment today. Call us at (931) 906-8800.

We are back to our normal hours for routine and emergent care.

Any cookies that may not be particularly necessary for the website to function and is used specifically to collect user personal data via analytics, ads, other embedded contents are termed as non-necessary cookies. It is mandatory to procure user consent prior to running these cookies on your website.